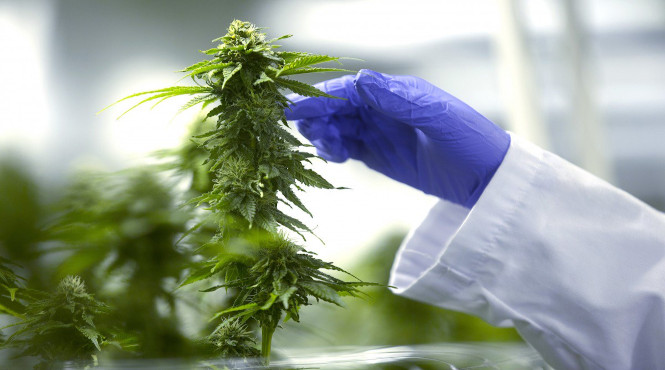 In a notice published on Thursday, the National Institutes of Health (NIH) explained why the studies were necessary and listed grant recipients and the subjects they will investigate. That includes research into the use of CBD for arthritis pain, which will be led by New York University School of Medicine.

“The treatment of chronic pain has relied heavily on opioids, despite their potential for addiction and overdose and the fact that they often don’t work well when used on a long-term basis,” Helene Langevin, director of the National Center for Complementary and Integrative Health (NCCIH), said in a press release. “There’s an urgent need for more effective and safer options.”

A total of nine grants were issued, with NIH stating that the funds will help identify alternative treatment options for pain and provide information about the impact of consuming cannabis compounds such as CBD and other lesser-known cannabinoids as well as terpenes found in the plant.

“The cannabis plant contains more than 110 cannabinoids and 120 terpenes, but the only compound that’s been studied extensively is THC,” the press release said. .

But while THC is known to treat certain forms of pain, NIH is concerned that its intoxicating effects limit its medical applicability.

“THC may help relieve pain, but its value as an analgesic is limited by its psychoactive effects and abuse potential,” David Shurtleff, deputy director of NCCIH, said. “These new projects will investigate substances from cannabis that don’t have THC’s disadvantages, looking at their basic biological activity and their potential mechanisms of action as pain relievers.”

NIH first announced that it would be issuing grants for studies into minor cannabinoids and terpenes last year.

Federal health agencies aren’t the only institutions interested in learning about marijuana compounds other than THC. On Wednesday, a Senate committee issued a spending report that called for research into CBD and CBG while also criticizing the federal drug scheduling system for inhibiting such research.

Read descriptions of the federal cannabinoid and terpene research grant awards below:

Mechanism and Optimization of CBD-Mediated Analgesic Effects; Boston Children’s Hospital, Boston, Zhigang He, Ph.D., B.M., and Juan Hong Wang, Ph.D. This project will investigate how the pain-relieving effects of cannabidiol (CBD) and other minor cannabinoids may be modulated by the activity of potassium-chloride cotransporter 2 (KCC2), a chloride extruder expressed in most neurons. (Grant 1R01AT010779)

Neuroimmune Mechanisms of Minor Cannabinoids in Inflammatory and Neuropathic Pain; University of California, San Francisco; Judith Hellman, M.D., and Mark A. Schumacher, M.D., Ph.D. This project will explore the effects of minor cannabinoids on inflammatory and neuropathic pain in vitro and in vivo, focusing on the interactions of the cannabinoids with the peripheral receptor called TRPV1 and a cannabinoid receptor, CB1R. (Grant 1R01AT010757)

Identifying the Mechanisms of Action for CBD on Chronic Arthritis Pain; New York University School of Medicine, New York City; Yu-Shin Ding, Ph.D. This project will use neuroimaging studies and behavioral assessments to investigate the mechanisms of action of CBD in the modulation of chronic pain associated with osteoarthritis in a mouse model. (Grant 1R21AT010771)

Synthetic Biology for the Chemogenetic Manipulation of Pain Pathways; University of Texas, Austin; Andrew Ellington, Ph.D. This project will use a novel method to evolve individual variants of cannabinoid receptor type 2 (CB2) that interact with high affinity with minor cannabinoids and evaluate the new variants in a mouse model of pain. (Grant 1R21AT010777)

Mechanistic Studies of Analgesic Effects of Terpene Enriched Extracts from Hops; Emory University, Atlanta; Cassandra L. Quave, Ph.D. This project will take a multidisciplinary approach to investigate the analgesic effects of terpenes from Humulus lupulus (hops), a plant that is closely related to cannabis and has a very similar terpene profile. (Grant 1R21AT010774)

Systematic Investigation of Rare Cannabinoids With Pain Receptors; University of Illinois at Urbana-Champaign; David Sarlah, Ph.D. This project involves synthesizing several classes of rare phytocannabinoids, systematically evaluating their anti-inflammatory potential, and examining the effects of the compounds with the strongest anti-inflammatory potential on the major receptors involved in pain sensation. (Grant 1R21AT010761)

Analgesic efficacy of single and combined minor cannabinoids and terpenes; Temple University, Philadelphia; Sara J. Ward, Ph.D. This project will use rodent models of pain to evaluate the effects of four biologically active components of cannabis that may act synergistically to protect against pain development and to assess the interactions of these four substances with morphine. (Grant 1R01AT010778)