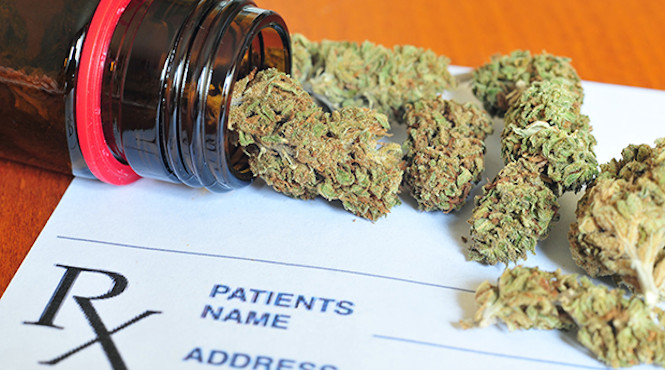 New rules by Maricopa County, Arizona Attorney Allister Adel will allow anyone who gets arrested for simple cannabis possession to apply to the medical cannabis program and get a card to avoid prosecution, the Phoenix New Times reports. Under state law, any cannabis offense is a felony.

“In cases where the defendant was not in compliance with the AMMA [Arizona Medical Marijuana Act] at the time of the crime solely because the person did not have a valid medical marijuana card, [Maricopa County Attorney’s Office] will dismiss a charge involving any crime covered by the AMMA if the defendant obtains a medical marijuana card and provides proof by the [initial pretrial conference hearing].” –

Pretrial conference hearings can be scheduled up to 45 days after an arrest, which leaves the accused some time to get a medical cannabis card – which cost between $250 and $300. That state’s medical cannabis law allows patients to possess up to 2.5 ounces of cannabis, along with any paraphernalia they required to store or ingest it. People who live 25 miles or more from an operating dispensary are allowed to grow up to 12 plants in their home. .

An American Civil Liberties Union report published last month found that Hispanic people in Maricopa County charged with simple possession are sentenced to significantly longer jail and prison terms than their white and Black counterparts, and that Black people convicted of personal possession of drug paraphernalia receive longer sentences than whites and Hispanics. .

Maricopa County garnered national headlines for institutional racism under the direction of former Sheriff Joe Arpaio. The former sheriff was convicted of criminal contempt of court after refusing to stop racially profiling people when detaining “individuals suspected of being in the U.S. illegally.” Arpaio was pardoned of that crime by President Donald Trump in 2017. .

In November, Arizona voters will decide whether to legalize cannabis for adult use. Voters rejected the reforms 52-48 percent in 2016. A June 1 poll of 400 likely Arizona voters conducted by HighGround Public Affairs Consultants found 65 percent supported the reforms (47 percent “definitely yes,” 18.5 percent “probably yes”) compared to 22 percent who said “probably” or “definitely” no.