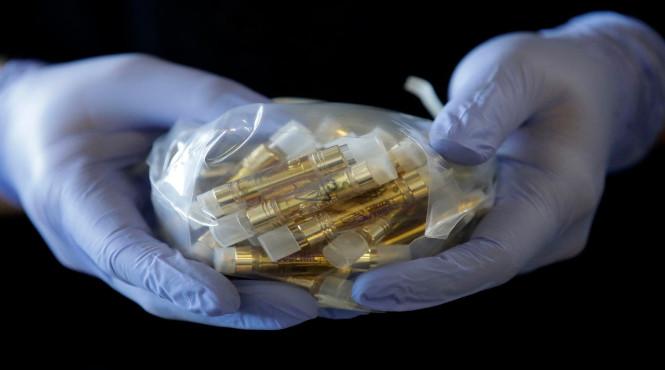 Federal Health Officials point to black market THC products as a possible cause for Respiratory Illnesses. This shift is markedly positive for the health and safety of the industry.

Despite attempts to blame recent reports of respiratory illnesses among vapers on legal e-cigarettes, investigators are increasingly inclined to think the real problem is hazardous chemicals in black-market THC and nicotine products. The Washington Post reports that "state and federal health authorities are focusing on the role of contaminants or counterfeit substances as a likely cause of vaping-related lung illnesses." They "are narrowing the possible culprits to adulterants in vaping products purported to have THC…as well as adulterants in nicotine vaping products."

That is consistent with the view of Scott Gottlieb, the former head of the Food and Drug Administration (FDA), who this week said "these tragedies point to illegal vapes and THC." It is inconsistent with the take of anti-vaping scaremongers, who have seized on these cases as evidence against legal, commercially produced e-cigarettes that deliver nicotine.

"We strongly urge people to avoid vaping products and e-cigarettes," the Wisconsin Department of Health Services said after the first outbreak was reported. During a press briefing last week, Brian King of the Centers for Disease Control and Prevention (CDC) warned that "e-cigarettes do not emit a harmless aerosol" and "can include a variety of potential[ly] harmful ingredients." Although "we haven't specifically linked any of those specific ingredients to the current cases," he said, "we know that e-cigarette aerosol is not harmless." Journalists were likewise quick to draw a connection between the recent hospitalizations and legal e-cigarettes.

As of Tuesday, the FDA says, "215 possible cases have been reported from 25 states, and additional reports of pulmonary illness are under investigation." The specific causes remain unclear:

While some cases in each of the states are similar and appear to be linked to e-cigarette product use, more information is needed to determine what is causing the respiratory illnesses. In many cases, patients reported a gradual start of symptoms, including breathing difficulty, shortness of breath, and/or chest pain before hospitalization. Some cases reported mild to moderate gastrointestinal illness including vomiting and diarrhea, or other symptoms such as fevers or fatigue. In many cases, patients have also acknowledged recent use of tetrahydrocannabinol (THC)-containing e-cigarette products while speaking to healthcare personnel, or in follow-up interviews by health department staff.

Even though cases appear similar, it is not clear if these cases have a common cause or if they are different diseases with similar presentations, which is why our ongoing investigation is critical. As Boston University public health professor Michael Siegel notes, attributing these cases to "vaping" or "e-cigarettes" in general is unhelpful, misleading, and potentially dangerous, to the extent that it encourages vapers to start smoking again or deters current smokers from switching to nicotine products that are far less hazardous than conventional cigarettes. "It was immediately clear to me that these cases are not being caused by vaping products generally because these products have been on the market for years without any significant problems and because the reports are clustered in specific geographic areas," Siegel writes. Furthermore, it was clear early on that many of the patients had used black-market products, including purported cannabis extracts.

Blaming these respiratory illnesses on "vaping" is like blaming food poisoning on eating. It is encouraging that federal health officials are getting more specific.