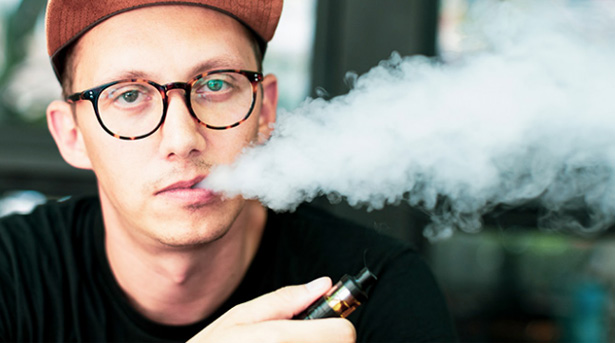 A brand new study published in the closing days of December in the Journal of the American Medical Association’s JAMA Network Open indicates that adult smokers with no intention of quitting turn out to be more likely to kick traditional cigarettes if they try vaping every day.

“There are almost 40 million cigarette smokers in the United States, according to Andrew Hyland, Ph.D., Chair of Health Behavior at Roswell Park Comprehensive Cancer Center (RPCCC) in Buffalo, NY,” wgrz.com reported. “About 15% of those are considered to be the most highly addicted. They're the focus of the study that shows daily vaping dramatically ups the quit rate among that group.

Hyland, who is the scientific lead on the nationwide Population Assessment of Tobacco and Health study, noted, "What we found when we followed these people over the course of a year, those people that took up vaping daily were eight times more likely to quit smoking a year later compared to those people who didn't take up vaping or only vaped on some days."

This group — smokers who have no intention to quit — has been “overlooked in the literature. It really suggests that for some people, daily vaping may be a gateway out of cigarette smoking. It may give them hope that they can go a day without cigarette smoking with some of that nicotine from the vaping products replacing the cigarettes," Hyland suggested. "Having said that, there are still toxins in e-cigarettes, toxins in vaping products. They tend to be fewer in number and lower in concentration. It's not a blanket thing that vaping is good or vaping is bad."

Since the introduction of electronic cigarettes to the United States in 2006, “intense debate has surrounded the marketing, regulation and use of these nicotine-delivery products,” the institution explained on its web site. The Roswell Park study used data collected from 2014 to 2019 as part of the Population Assessment of Tobacco and Health (PATH) Study, a long-term look at tobacco use and how it affects the health of youths and adults in the United States.

“When the researchers focused their analysis on a select group of 1,600 smokers who initially had no plans to quit and were not using e-cigarettes when the study began, they found that those who subsequently vaped daily experienced eightfold-higher odds of quitting traditional cigarettes compared to those who didn’t use e-cigarettes at all,” the release said. “These findings are paradigm-shifting because the data suggest that vaping may actually help people who are not actively trying to quit smoking,” said Hyland. “Most other studies focus exclusively on people who are actively trying to quit smoking. This study suggests that we may be missing effects of e-cigarettes by not considering this group of smokers with limited intention to stop smoking — a group that is often at the highest risk for poor health outcomes from cigarette smoking.”

Overall, RPCCC explained, only about 6% of all smokers included in the study quit smoking combustible cigarettes completely. But the rates of quitting were significantly higher among those who took up daily e-cigarette use — 28% of smokers quit when they started vaping daily. “The association between vaping and cigarette-quitting held up even after adjusting for underlying characteristics such as educational background, income, gender, ethnicity and the number of cigarettes smoked per day at the beginning of the study.”

‘Vaping Can Help People’
The idea that vaping can help people stock smoking cigarettes is accepted by many.

“While clinical trials show strong evidence that vaping can help people quit smoking, findings from real-world population studies have been mixed,” said Karin Kasza, PhD, a research scientist in the Department of Health Behavior at Roswell Park and first author of the study. “Our study identified a positive association between daily vaping and cigarette quitting specifically among the segment of smokers who were not planning to quit, consistent with data from clinical trials.”

“We found evidence that the use of e-cigarettes could have a positive impact on this very hard-to-reach group of recalcitrant smokers,” Hyland concluded.

Typical is the testimony of one long-time smoker, whose account is posted, verbatim, on the American Vaping Association’s web site:

“Been smoking for 35 years, I am 50 now. Lately, I’ve been coughing and hacking so much… My daughter was learning about the dangers of cigarettes in school (Sixth Grade) and she asked me if I would please try to quit. I kept saying I will, soon. I will. Well, I’ve been praying on not knowing how to quit smoking. I wanted to, but I enjoyed it and I was addicted. Recently, it just so happened that some other parents at soccer practice told me about Vaping (that they both used to smoke cigarettes) and offered me a vape puff. So I did. I haven’t smoked cigarettes for 10 days. Its really unbelievable. I am really happy and amazed. If I can do this, anyone can. Thank you, I believe Vaping and my Daughter saved my life.”