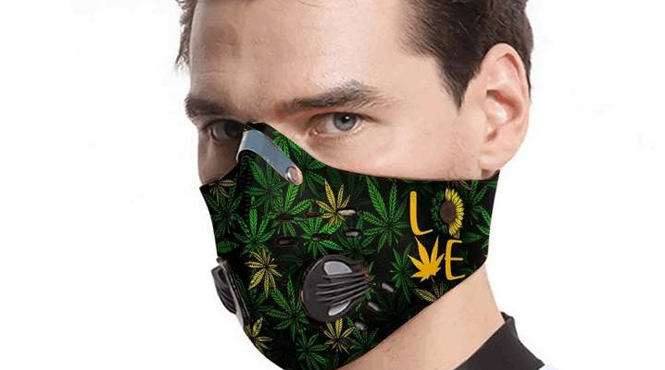 At least one industry in Michigan has largely been left unscathed by the coronavirus pandemic.

Recreational pot sales in the nine weeks since March 9 now make up roughly 60% of the state's overall sales since legal adult-use marijuana sales started Dec. 1. The 14 weeks prior to March 9 account for about 40% of overall marijuana sales.

About $54.6 million in recreational marijuana sales were reported to the state in the nine weeks between March 9 and May 10, with more than $7 million weekly total sales each week for the past four weeks.

Sales over the last nine weeks make up roughly 60% of the $91.6 million in total sales over the 23 weeks that legal recreational marijuana sales have occurred.

The state has reaped about $9.2 million in excise taxes from the sales as well as roughly $6 million in sales tax revenue. But pandemic-prompted shutdowns and delayed tax collections have prompted the State Budget Office to project the state needs to cut $1 billion to $3 billion from the current year budget that closes at the end of September.

The increase in sales since March 9 may be due in part to pandemic-induced anxiety, but is likely more a result of the natural growth of the industry in Michigan, experts have said.

In about two months, the number of licensed recreational marijuana retailers in Michigan has grown 70% from 61 on March 2 to 104 retailers on May 12.

By contrast, tens of thousands of businesses throughout the state have been forced to shut down or reduce operations because of Gov. Gretchen Whitmer's stay-home emergency order restrictions. Manufacturers, which account for 19% of Michigan's economic activity, began to reopen operations on Monday after Whitmer gave the go ahead last Thursday.

"It's fair to say that during any crisis people use intoxicants more than normal,” said Rick Thompson, owner of Michigan Cannabis Business Development Group. But he argued the increase in sales was also a "testament to the strength of the industry."

"Once social distancing is lifted and industry returns to normal, the recreational industry will rise like a cork from the bottom of a bathtub faster than any other industry would recover," Thompson said.

The largest increase in sales in the past nine weeks occurred during the week of April 13-19, when sales skyrocketed 57% to $7.2 million.

That week marked the lead-up to April 20, a day celebrated by many cannabis activists, as well as the start of the Internal Revenue Service's dispersal of $1,200 federal stimulus checks.

Whitmer’s stay-home order, first issued March 23, prohibited businesses from requiring employees to leave home except in the case of employees “necessary to sustain or protect life or to conduct minimum basic operations.” Less than 5% of all businesses were considered "essential."

That order appeared largely to exempt medical and recreational facilities, according to guidance given to marijuana licensee by the Michigan Marijuana Regulatory Agency. Whitmer ran for governor in 2018 on a platform of backing recreational marijuana legalization, as did the other Democratic gubernatorial hopefuls

The medical and recreational facilities were allowed to continue operating so long as employees kept six-foot distances and all sales were completed via curbside service or home delivery, per the agency's guidance.

The decision to allow the continued sale of recreational marijuana was largely due to the industry's ties to medical marijuana sales, said David Harns, a spokesman for the Marijuana Regulatory Agency.

"Most of the adult use retailers were located in medical provisioning centers so keeping medical access a priority basically resulted in keeping sites open," Harns said.