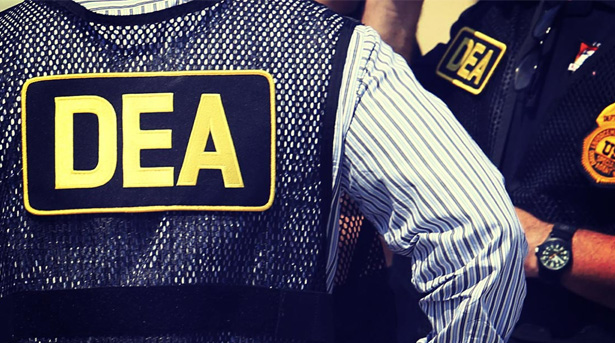 Marijuana trafficking into the US from Mexico has declined while domestic production of the plant has increased, according to a new report by the Drug Enforcement Administration (DEA).

The agency’s insights into marijuana production and trafficking are included as part of its Fiscal Year 2023 performance budget summary which it submits to Congress. The DEA report also discusses the agency’s moves to expand research into cannabis by allowing more cultivators to grow the plant and supply it to scientists for research purposes. Currently, there is only one such federally-authorized grow site in the whole country, and the quality of its cannabis is notoriously poor.

Regarding cannabis production and trafficking, the DEA didn’t explicitly state that more Americans are turning to legal cannabis markets now, but it noted that “Mexican marijuana has largely been supplanted by domestic-produced marijuana” while cautioning that the country “remains the most significant foreign source for marijuana.”

“Marijuana remains illegal under Federal law and is the most commonly used illicit drug in the United States,” the report reads. “The national landscape continues to evolve as states enact voter referenda and legislation regarding the possession, use, and cultivation of marijuana and its associated products.”

While the DEA is hesitant to draw a direct connection between marijuana legalization in the US and a decline of cannabis produced in Mexico, other organizations are adamant that the former precipitates the latter. A 2018 Cato Institute study, for instance, concluded “state-level marijuana legalization has significantly undercut marijuana smuggling.”

In its consideration of domestic production of cannabis for research purposes, the DEA discusses authorizing more marijuana cultivators in order to meet demand. Since the 1970s, the University of Mississippi has hosted the only site authorized by the federal government to grow marijuana. The report notes there are now four such cultivation facilities, and that another two are expected to be authorized by the end of the year.

“On February 2, 2022, the DEA purchased its first marijuana harvest from Groff NA Hemplex pursuant to the Marijuana Growers rule, which went into effect on January 19, 2021. Consistent with the rule, once the material was harvested, DEA personnel completed the necessary procedures to acquire and transfer 25.4 kilograms of marijuana to Groff NA Hemplex, as they were the purchaser, to enhance the cultivation of marijuana research in the United States,” the report states.

Another indication that cannabis is becoming less of an enforcement priority for federal officials is a recent US Sentencing Commission report that revealed federal prosecutions for marijuana trafficking offenses declined once again in 2021. There were fewer than 1,000 such convictions last year.

A 2021 FBI report on nationwide arrests in 2020 further indicates this is a trend that’s likely to continue. That report showed that marijuana-related arrests nationwide decreased in 2020 for the first time in four years. That same year, Supreme Court Justice John Roberts published a report detailing that federal prosecution cases concerning cannabis had dropped by more than 25 percent compared to the year prior.