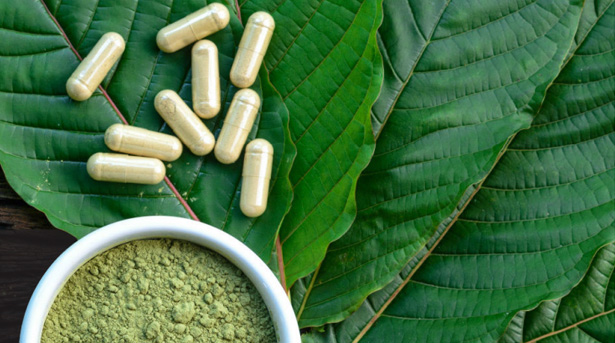 The December 7 decision by the World Health Organization’s (WHO’s) panel -- that kratom did not deserve a “critical review” -- was not just a victory for individual freedom, but for the investment community.

The column pointed out that kratom is “already drawing interest from Atai Life Sciences, a biopharma company known for putting psychedelic compounds into clinical trials. And a recent decision from the World Health Organization could help it gain further traction.”

Millions of people use kratom to relieve pain, ease symptoms of opiate withdrawal, or for recreation. Kratom isn’t illegal in America – indeed, it is a $1.3-billion industry, with sales coming online and in smoke shops – but some states have put their own restrictions in place (it is illegal in six), and the FDA has actually seized dietary supplements containing kratom.

Without the WHO’s decision, United Nations restrictions and a nationwide ban were both possible outcomes. The WHO’s panel explained that while the substance can be toxic in very high doses, it is difficult to link kratom to overdose deaths with much certainty.

In recent years, millions of Americans have discovered kratom and use it to self-treat their pain, anxiety, depression and addiction.

Advocates say the decision should reduce the remaining stigma and boost business opportunities.

“I definitely think it opens doors for more companies,” Jenn Lauder, the Marketing and Advocacy Director for Kraken Kratom, one of the largest online kratom companies, told Bloomberg.com. “When people see this is potentially lucrative, that’s always the final push they need.” Dafna Revah, co-owner of a nearly 50-store retail chain called CBD Kratom, agreed that the panel’s decision should “open doors for customers who were previously hesitant due to the pending assessment.” “Now some pharmaceutical companies are looking to get into the game,” noted guest columnist Brody Ford. “Atai is developing a drug derived from kratom to treat pain and opioid-withdrawal symptoms. The company aims to begin clinical trials early next year, according to its chief scientific officer, Srinivas Rao.”

The World Health Organization panel’s decision “will likely catalyze business opportunities in the context of kratom while simultaneously helping to eliminate the slight stigma built up around the substance,” echoed thedalesreport.com. “Prospective Atai investors looking for reassurance need not look any further than a recent industry get-together in New York City that was attended in droves by individuals looking to capture a piece of the growing kratom market.”

At the moment, Dales’ Patrick Ryan pointed out, an estimated twomillion Americans use kratom. “However, this figure is likely to significantly increase in the months and years ahead as the substance spills over into the mainstream.”

WHO’s Expert Committee on Drug Dependence (ECDD) recommended that kratom and its two active ingredients, mitragynine and 7-hydroxymitragynine, be kept under WHO surveillance. Under international treaties, WHO is required to give an annual assessment of psychoactive substances and advise the United Nations on whether they pose a public health risk, according to painnewsnetwork.org.

There were “some concerns,” suggested asiaone.com, that WHO’s ECDD “would take steps to either urge international control over kratom — which has been touted as a natural painkiller that works as a safer alternative to prescription opioids — or recommend a critical review that could have ultimately led to scheduling following another year-long inquiry.”

According to the ECDD’s report, regular use of kratom could potentially grow into dependence and mild withdrawal symptoms, but serious negative effects were rare.

“Kratom is used for self-medication for a variety of disorders but there is limited evidence of abuse liability in humans,” the ECDD noted. “Kratom can produce serious toxicity in people who use high-doses, but the number of cases is probably low as a proportion of the total number of people who use kratom. Although mitragynine has been analytically confirmed in a number of deaths, almost all involve use of other substances, so the degree to which kratom use has been a contributory factor to fatalities is unclear.”

WHO’s decision is “a great victory for kratom consumers, for science and for the truth,” said Mac Haddow, a lobbyist for the American Kratom Association (AKA), a group of vendors and consumers. “There can be no doubt that kratom should not be scheduled and that it should be responsibly regulated to protect against dangerously adulterated kratom products.”

As one unnamed individual posted on the Federal Register, “When the FDA proposes that a natural substance like kratom be banned it is not because it’s dangerous to the public, it’s because it poses a threat to the pharmaceutical industries profits. These people have a financial interest in stopping a safe and natural substance from competing with high priced drugs.”

The fight, AKA concluded, is “far from over in America as we still have state bans, import alerts, and an FDA that seems to ignore the science. However, we cannot overstate how important avoiding a WHO critical review or outright scheduling is for millions of American kratom consumers!”