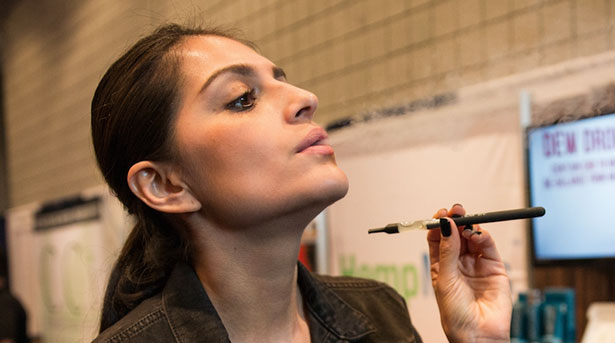 The WHO's Misguided Effort To Stop Vaping

Next month, U.S. officials will have the opportunity to defend Americans’ freedom to vape.

From Oct. 1-6, the Eighth session of the Conference of the Parties (COP) to the World Health Organization (WHO) Framework Convention on Tobacco Control (FCTC) will meet in Geneva, Switzerland to discuss, among other things, eliminating illicit trade in tobacco products, tobacco advertising and promotion, and how governments should regulate new harm-reduction products such as electronic nicotine delivery systems (ENDS). The FCTC is the first treaty that was created to respond to the prevalence of smoking around the world.

While the WHO claims it wants to reduce smoking, its actions contradict its goals. WHO continues to turn a blind eye to new harm-reduction technologies, such as vaping or heat-not-burn products, that help people wean themselves from smoking and if desired, addiction to nicotine. The WHO leadership is unwilling to cooperate in any way with the industry and its model policy contains a litany of reasons, rules, and orders on why UN agencies must avoid working with manufacturers of these devices, even though millions of smokers have embraced their harm reduction products and millions more want access to them in countries where they are outlawed. By continuing to careen along this narrow-minded pathway, the WHO will deny choice for tens of millions of people who want to quit smoking cigarettes.

Although 180 parties have ratified the FCTC, the United States has not. Former Health and Human Services Secretary Tommy Thompson signed the treaty of behalf of the United States in May 2004, but it was never sent to the Senate for ratification.

In retrospect, this has been a good thing. Many of the treaty’s requirements, like promoting smoking prevention and cessation; warning labels on packaging; ensuring the labeling is not misleading or false; restrictions on advertising; and, prohibiting tobacco product sales to minors, are enforced by U.S. law.

By not ratifying the FCTC, the U.S is free from foreign interference in how the Food and Drug Administration (FDA) approves and regulates tobacco products. This became even more important in July 2017 when the FDA embarked on a new comprehensive plan to shift the trajectory of tobacco-related disease and death downward. FDA Commissioner Scott Gottlieb said, “Unless we change course, young people alive today will die prematurely later in life from tobacco use. Envisioning a world where cigarettes would no longer create or sustain addiction, and where adults who still need or want nicotine could get it from alternative and less harmful sources, needs to be the cornerstone of our efforts — and we believe it’s vital that we pursue this common ground.”

The FDA announced it was “committed to encouraging innovations that have the potential to make a notable public health difference and inform policies and efforts that will best protect kids and help smokers quit cigarettes.”

These innovations include the development and approval of ENDS, such as vaping products and heat-not-burn technology. Using FDA guidance and regulations, the agency will work with manufacturers of these products to provide higher quality tobacco product applications. This would not happen if the U.S. was entangled in the WHO’s unelected bureaucratic web.

The WHO’s bombastic anti-business proclamations ignore the fact tobacco is not going away. Approximately 6.7 million metric tons of tobacco were produced in 2016, with China leading the way at 2.8 million, or 40 percent. The WHO recognizes that by 2025, more than 1 billion people will continue to smoke, approximately the same amount as today, even though its ill effects are well known. Meanwhile, the illicit tobacco market continues to rise, in spite of the WHO’s efforts to halt it.

England, a signatory of the FCTC treaty under the European Union (EU), will face a conundrum at the October meeting. Public Health England has taken the lead in encouraging the use of ENDS as a safer alternative to smoking, while the WHO engages in industry-bashing and refuses to recognize these products as a smoke-cessation aide. Instead, it treats these innovative products as if they are just as harmful as combustible cigarettes.

While the U.S. delegation will be attending the Geneva meeting as observers, it should join with England and other countries that see the value in harm reduction technologies and realize that banning them or treating them similarly to combustible cigarettes will do more to hurt than help public health. They should urge the WHO to work with the industry and encourage, not stifle, the use of harm-reduction devices to achieve better health outcomes. Doing so will help decrease present and future generations from exposure to deadly tobacco smoke.