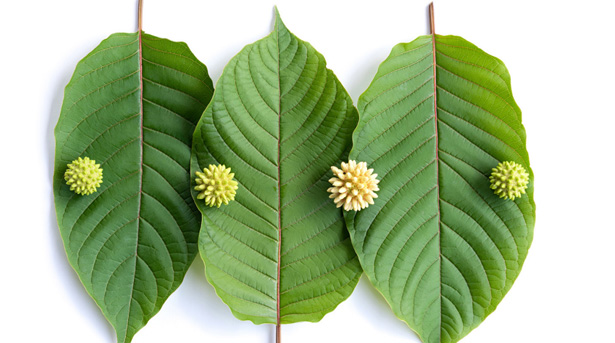 KRATOM
“Why do they keep attacking kratom consumers?” That’s the question that the American Kratom Association (AKA) asked in mid-August in an email blast to the media. And it’s a darned good one.

“The past six months we've seen an increase in the variety and volume of attacks on kratom consumers from all over America,” the group said. “The worst part has been an increase in rhetoric and attempts to criminalize kratom possession and consumption! America doesn't need more people arrested for consuming natural products, especially something millions safely use daily, and even the WHO (World Health Organization) ECDD (Expert Committee on Drug Dependence) said doesn't merit a critical review.”

These attacks have come from across America, the association noted. For example:

• Ascension Louisiana Parish “is still considering criminalizing kratom based on attacks from rehab centers and others!”

• There have been a variety of new state ban attempts including in Pennsylvania, New Jersey, Kentucky, Washington State, Tennessee, Louisiana, and local ban attempts.

• The Nevada Board of Pharmacy scheduled a hearing on the proposal to classify kratom as a Schedule I banned substance in the state. “The public outcry forced them to cancel the hearing on kratom, but they vowed to come back next year after the legislative session to ban kratom.”

• Missouri Governor Parson vetoed the Kratom Consumer Protection Act and publicly stated the FDA had told him kratom was illegal in Missouri and everywhere else in the United States. Association officials called this “a bald-faced lie and he should have known it.”

• Ban reversals in states like Wisconsin, Rhode Island, Vermont, Arkansas, Indiana, and Mississippi have been met with stiff resistance from sheriff groups and rehab centers who use circumstantial evidence and hearsay to condemn kratom consumers.

“These continued attacks are frustrating, require a lot of work and resources to overcome, and are incredibly harmful to the millions of Americans like you who safely consume kratom,” the association’s media message continued. “While these attacks are diverse in location and come from a variety of groups, there is one common theme throughout: fear and misinformation about kratom and kratom consumers.”

The group addressed its supporters directly, making its case that with their support and donations, the AKA’s legislative team “has been able to present the science of kratom and show who are the real kratom consumers! The officials who want to see the actual science have understood our message and recognized the need to protect kratom from adulteration, and not criminalize kratom consumers. Correcting the misinformation on kratom and sharing your stories to officials has made the difference!”

From Indonesia
The AKA is also working hard to ensure a safe and reliable supply of kratom from Indonesia.

AKA’s leadership reported that they met with the Chief of the Presidential Staff, Dr. H. Moeldoko in Jakarta to discuss the importance of maintaining a supply of pure, unadulterated kratom raw materials from Indonesia to the United States. Moeldoko “agreed that kratom is a significant export commodity that supports more than 200,000 farmers in some of the most impoverished areas of Indonesia, and he committed to aligning Indonesia’s policies on kratom with the new and emerging science showing its safety profile.”

The meeting with the chief of staff to Indonesia’s president was the result of years of preparation and planning, the group reported, “and it is a major step forward given the firm commitment of Mr. Moeldoko to direct various ministries to resolve existing concerns about kratom based on science.”

AKA officials promised that they will continue to work with the Indonesian government and the FDA to resolve all issues related to kratom exported from Indonesia to meet FDA standards for purity and quality. Utah State Senator Curt Bramble, Rhode Island Speaker Pro Tempore Brian Patrick Kennedy, Jack Henningfield, PhD and leading researcher on kratom, and Mac Haddow, Senior Fellow on Public Policy, were scheduled to continue high-level meetings with other Indonesian officials.

Mac Haddow, the Senior Fellow on Public Policy for the AKA, expressed the appreciation of “the millions of kratom consumers in America for the commitment of the Indonesian government to follow the science on its policy on kratom, and the commitment of the AKA to support fair trade practices so that poor Indonesian farmers would not be exploited by unfair trade practices.”

The AKA delegation also planned to travel to the Pontianak to meet with local government officials where kratom is the most significant part of that economy and will visit with farmers in that region.